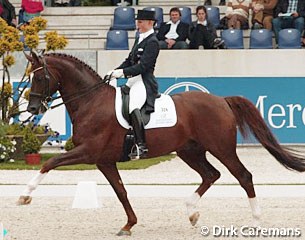 Heath Ryan with GV Stirling Stilton and Sue Hearn with Manhattan are the reserves. In Hickstead, the Australian dressage team aims at qualifying their team for the Olympic Games in Athens 2004.