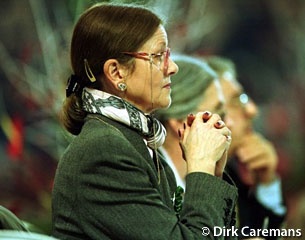 The FEI has named the official panel of judges for the 2003 European Dressage Championships which will be held in Hickstead, England, August 13-17, 2003. The ground jury consists of:

Dressage at Hickstead in association with Dressage Masters UK, organisers of the 2003 European Dressage Championships, have also announced that His Royal Highness, The Prince of Wales has graciously agreed to act as Patron for these championships.

Dane Rawlins director of the championships said “All of the team are thrilled that His Royal Highness has agreed to act as Patron for this event. His support is a terrific boost for the sport of Dressage in Great Britain and great motivation for the efforts of all those who are contributing so much to make these Championships a world class sporting occasion. This event is of particular importance as it will be the last major dressage competition before the Athens Olympics. Success at home for our team could well set the scene for even greater glory in 2004”.