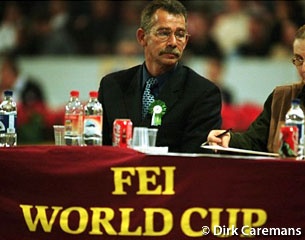 British O-judge Stephen Clarke suffered a heart attack on his flight home from Miami, where he had judged at the CDI-W U.S. Freestyle Championship that coincided with the annual Miami Dade Winter Dressage competition.

On reaching Britain Clarke was taken to hospital in Manchester, where he will remain for a few days, followed by six weeks recovery at home. Stephen has cancelled his immediate engagements, but has already said that this will not affect any future international commitments.