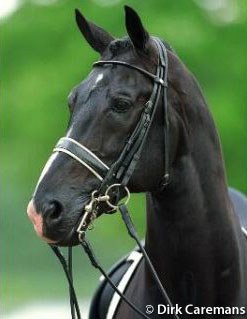 The reason why Van Baalen is putting Lamers and Van der Goor on the stand at court is to reclaim Ferro for competition.

According to Lamers and Van der Goor, the contract for training and showing Ferro was ended during an oral conversation after the Olympic Games in Sydney, while Van Baalen had signed a contract that she was to ride Ferro until February 2003, when the new breeding season would start.

At court, Lamers and Van der Goor used an article of the equestrian news paper Paardencourant as evidence for the ending of the specific contract. They had no other written proof of the annulment of the contract and besides used veterinary reports to prove that competition is too strenuous on the horse. Since the Olympic Games, Ferro has already suffered four colic attacks because of stress. Coby anticipated this accusation by saying that Ferro was found 100% healthy after Jerez by her own vet and that he is not well taken care of at the stallion station De Dalhoeve, where he is put in a small box next to another stallion who excites him. "He's not being trained at all at the stallion station and does not receive the care a top competition horse requires," Coby fulminated.

Lamers and Van der Goor also said that Ferro can not be shown in the 2002/2003 World Cup Series because he injured his hind leg. "It's because he's put in a small stall and kicks against the walls. He needs daily training because he has too much energy. That's why he hits the walls," Coby explained.

Coby's goal is to continue to train and show the horse in the World Cup Series and make it to the 2004 Olympic Games in Athens, where she wants to end Ferro's sport career. "They just do it for the money," Coby's lawyer said on trial. Lamers and Van der Goor want to concentrate the now 15-year old Ferro solely on his breeding career. The verdict takes place October 21, 2002.