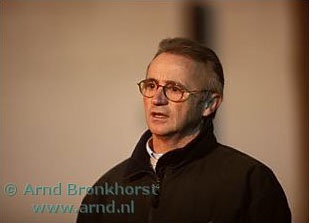 Dutch dressage chef d'equipe, the German (!) Jurgen Koschel, has announced via the Dutch Equestrian Federation that in 2002 he will only guide the A frames of the Grand prix, Young and Junior Riders.

Koschel will intensively train the A-teams for the World Equestrian Games in Spain in September and the European Junior/Young Riders Championships in Pratoni del Vivaro, Italy, in August. After these two big events, Koschel wil resign as chef d'equipe of the Dutch Dressage Teams.

Due to his busy schedule in his own training facility Reitstall Kloevensteen in Schenefeld, Germany, Koschel can no longer focus his attention on the B and C-teams in The Netherlands. These teams will receive their further clinics and training sessions from various top trainers and riders throughout the year. Tineke Bartels has promissed to commit herself to the training of the B and C-teams of junior and young riders.