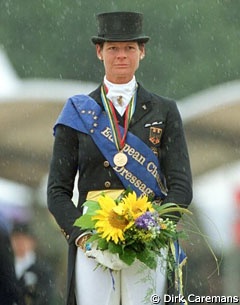 68.000 spectators attended the Championship, which was held from 10 to 12 August in Verden (GER).

Ulla Salzgeber with her 13-years-old horse Rusty won the individual competition. With a total result of 237,64 points she became the new European Dressage Champion. In spite of heavy rain-showers Ulla Salzgeber was the calmness herself.

The expected duel between Salzgeber and Nadine Capellmann didn’t occur. In the Kür Nadine Capellmann finished fifth with 77,05%. At the end she won the bronze medal with the total result of 228,38 points. Second in the Kür and winner of the silver medal was Arjen Teeuwissen from the Netherlands with Gestion Goliath with a total result of 228,47 points. 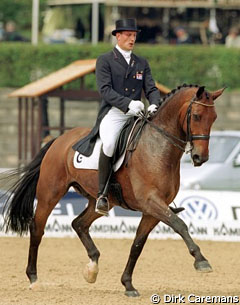