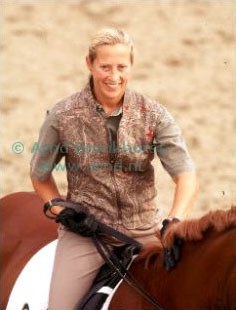 42-year old Mieke de Kok runs a dressage stable together with her husband Ton de Kok. in Nootdorp, The Netherlands. De Kok has been the steady clincian in the ABWS program for talented young riders. She is also involved in the Rabobank Talent Program.

As a professional competition rider, De Kok was multiple Levade-champion and rode at Grand Prix level with her horse Ainsley's Goodfellow. The bay KWPN bred gelding was sold to the United States a few years ago and competed at the 2000 North American Young Riders Championships.

De Kok will be managing the Dutch dressage pony team which will be competing at the 2002 European Pony Championships in Lanaken, Belgium, July 24 - 28, 2001.