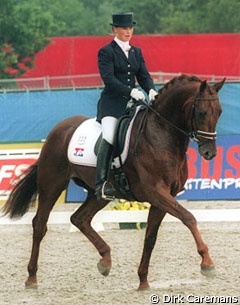 Seventeen Dutch combinations are selected for the provisional Dutch team for the 2000 World Championships for Young Dressage Horses in Arnhem.

The first selection day was organised in Wanroij, The Netherlands, with O-judge Jan Peeters, dressage trainer Frenk Jespers and international dressage ride Bert Rutten serving as judges. The second trial will be held 4th and 5th May 2000.

The Netherlands may represent six combinations per age class and several reserve pairs will be appointed as well, this in regard to withdrawels and wild cards which the Dutch Equestrian Federation can grant.