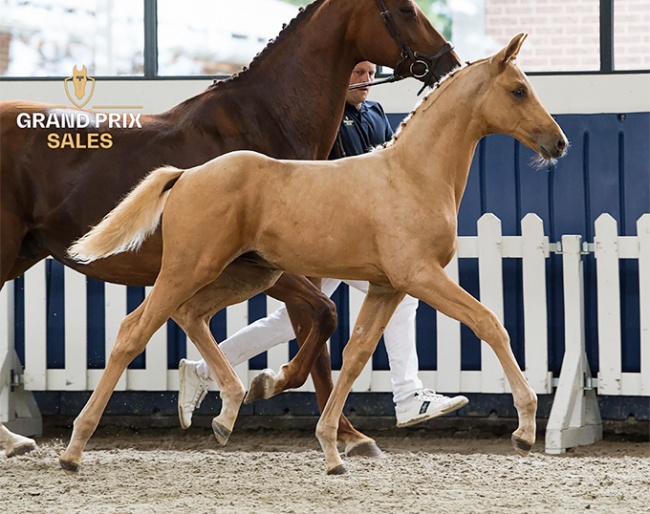 An unborn colt foal out of the full sister to Vamos Amigos became the top selling lot in the 2022 Grand Prix Sales of dressage foals and embryos. The bidding concluded on 30 August 2022.

The second most expensive lot was the palomino colt foal, Quilaté (by Qaside MD x Quaterline x Don Bosco), which sold for 30,000 euro.

An implanted embryo  by Sezuan out of Rumira (by Rohdiamant, a full sister to Rubin Royal and Romanov) sold for 17,000 euro