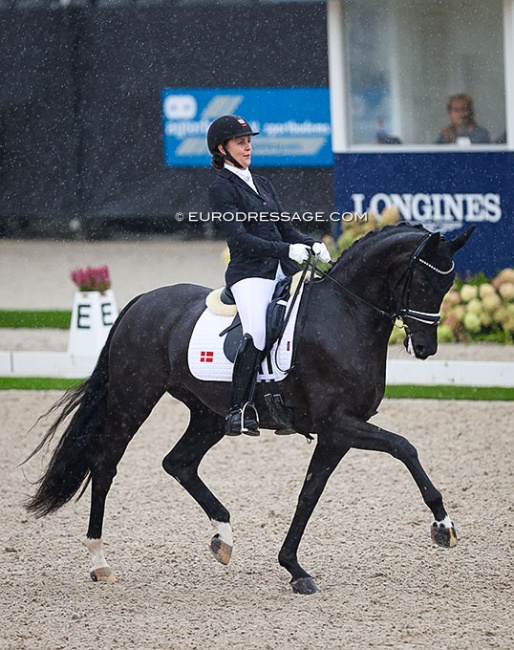 The mare was not tall at the time and despite a good saddle test got the silver instead of the gold medal awarded at the 2020 Danish warmblood elite mare show.

With Victoria in the saddle St. Paris finished second at the 2022 Danish Warmblood 5-year old championship in Herning. On Thursday at the 2022 World Young Horse Championships in Verden, she placed third in the preliminary round and is a strong contender for gold in the finals today.

barely three years old at the time and not very big, but the young couple had no doubt that the mare was to be theirs.;

Together with their business partner United Dressage A/S, they acquired the mare, which the following year was saddled and awarded a breeder's medal in silver.

Last week, United Dressage sold its 50% ownership share in St. Paris to the Thøgersen couple and secured the horse for a future under a Danish rider.

Ridehesten broke the news of the sale of St. Paris to Thøgersen. "We sold our business and now have the opportunity to invest in good horses," Poul told Ridehesten. "Horses give us much more joy and greater experiences than stocks and bonds."

Ingrid and Poul are coached by Victoria's father Søren Vallentin and have known St. Paris for a while. Victoria will retain the ride in the future