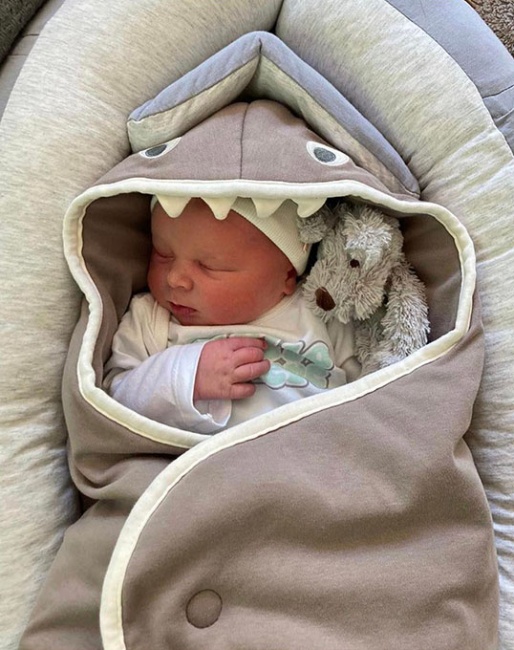 Dutch Grand Prix rider, national dressage judge and Dutch para team trainer Joyce Heuitink and her husband Simon van Rooijen welcomed baby boy Kelvyn van Rooijen into their family on 20 June 2022. Married since September 2020, the couple stated that the birth of Kelvyn "put the colour inside their world." They took to Facebook and rejoiced in the birth of their son: "with an angel on your shoulder and our unconditional love, your big adventure has begun."

Kristy Oatley and her daughter Rose, the 2021 European pony champion and now a German junior team member, are on the move. They have left their base, Hof Büchsenschinken in Reinbek, and bought Martina Hannöver's yard in their home town Lutjensee.

The Chronicle of the Horse reported that U.S. international Grand Prix riders Benjamin and Jan Ebeling, as well as mother and wife Amy, have been named in a sexual assault civil suit. Ben Ebeling has been accused of sexually assaulting a girl when both parties were minors, according to a civil lawsuit filed June 30 in California. His parents, dressage Olympian Jan Ebeling and Amy Ebeling, who serves as the ranch manager for the family’s The Acres training facility, also were named in the suit, accused of negligence and negligent supervision. The lawyer of Ebeling responded that "the allegations are false and outrageous. The Ebeling’s lawyers will vigorously prosecute any claims they may have against the Plaintiff."

Liselott Marie Linsenhoff has retired her junior-young rider's horse Danonchen. The 15-year old Oldenburg by Danone x Rohdiamant is bred by Frenchman Xavier Marie and sold to the Linsenhoff family in 2011 as a  4-year old. First competed internationally at developing PSG level by Matthias Rath in 2014, Liselott Marie took over the ride in 2016 and made her international junior level debut that year. In the late spring of 2019 she moved him to Young Riders' level with their last international start in September 2019 in Budapest. Danonchen sustained a career ending injury and has now been retired to the field for a pensioner's life at Gestut Schafhof.

Mara de Vries, who started her dressage career at Dressage Stable van Baalen and was employed there as an assistant rider, has decided to concentrate fully on her own business with partner and KWPN horse breeder Koos Poppelaars. Mara has been tied to the Van Baalen stable for 22 years and most recently competed Van Baalen's 10-year old old KWPN bred Habibi (by Johnson x Don Schufro) at the 2017, 2018 and 2019 World Young Horse Championships. In 2020 they made a winning international small tour at CDI Hagen, but Habibi then disappeared from the international show scene. As De Vries has left the stable, Jos Hogendoorn has returned to the yard as an assistant rider. He worked there for six years before making a change. He was last employed at the sales yard Plaizier Dressage Horses.

Luxembourg based Belgian dressage rider Jerome Schneiders and his wife Pia welcomed daughter Emely into his family. The baby girl was born on 6 July. She weighed 3880 gr at birth and measured 51 cm. "All are in top form," the proud dad posted.

Belgian Grand Prix rider Alexa Fairchild, who was a consistent Belgian team rider in the youth classes and who travelled to the 2021 Tokyo Olympics as the reserve, has switched trainers. Fairchild moved from her coach Wim Verwimp to Tokyo Olympian Larissa Pauluis. Alexa was previously trained by Virginie Deltour and Anky van Grunsven (2016 - 2017) before moving her horses to Verwimp in Wiekevorst, Belgium, in 2018. The Fairchild family also recently invested in a new young horse, the 4-year old KWPN bred Nacho (by Secret x Tango x Krack C).

Annemarie Sanders-Keyser, former seven-times Dutch champion and 1986 World Championship fifth on Amon and 1992 Olympic team silver medalist on Montreux, has become a grandmother. Her daughter Stacy gave birth to a baby boy, Che, on 26 June 2022. Sanders-Keijer, who also has a son named Jessy, has quite horse sport all together, recently selling her horse to spend more time with her family.