Cees Slings Releases 16 of His Favourite Dressage Freestyles on Spotify 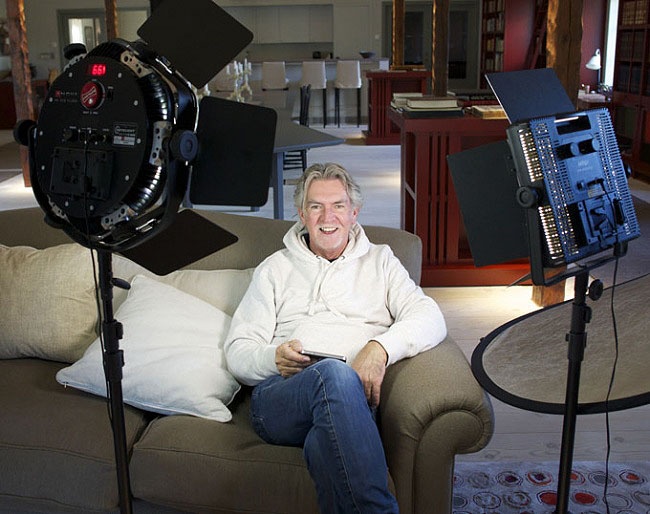 To celebrate his 70th birthday on 6 July 2022, Dutch composer, arranger and producer Cees Slings has a real treat for dressage and music lovers alike with the release of 16 of his favourite dressage Freestyles that he and his Slings Music Cast team have composed and produced in the past 16 years.

It marks the beginning of a major retrospective of his work since 2005, when Slings Music Cast was created. This was a new era in dressage music production for Cees, after the many successes of the freestyles he made for Anky van Grunsven with Bonfire and Salinero. He was already a well known name as a composer in the TV and commercial world; his musical signature evident in the 80s and 90s including international drama, comedy and series as well as radio commercials.

These remastered Freestyles of Slings’ most memorable clients between 2005 and 2016 are released on Spotify and iTunes. Each freestyle has its own unique story of how it was made - the ideas, the details, the music and musicians, the choreography - and some of these stories will be published on Eurodressage as of September this year.

Here’s the list of these fabulous remastered Freestyle productions:

Speaking exclusively to Eurodressage, Slings said ‘When we started to remaster these tracks I came across many musical details I had forgotten over the years. And at most dressage venues the sound systems are pretty poor so a lot of details get lost. Now remastered, all these details become clear and it was really fun for us to play these tracks again. I can’t wait to share the stories behind these Freestyles over the coming months."

It was also a great in-between job as in the last few years I’ve moved house, had some health issues, and been working on an exciting new project inspired by my young daughter Vera, who is passionate about ponies. Over the past three and a half years, what started with a song written for Vera, has transformed into a soon to be released comic book illustrated by Holland’s best children’s book illustrator Melanie Broekhoven. It’s about a very special Children’s Riding School called Het Zesspan where the only colour of the 65 Shetland ponies is red/white!

"Many of you and many international dressage riders will have seen the Zesspan show group, a regular guest at international horse shows, like Aachen, Indoor Brabant, Animal Event, Boekelo Eventing, and Ermelo," Cees explained.  "There are lots of extra surprises with the comic book and I think we can please many young pony riders in many countries! I’ll be sharing more information with Eurodressage very soon!"