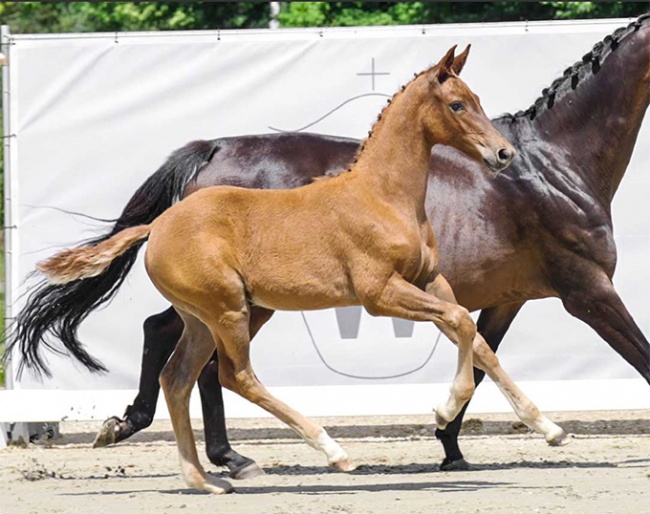 A collection of 31 foals was on offer and 27 of them changed hands.

Bred by Noortje Radstake in The Netherlands, the chestnut filly Vamos Amigas collected 87 bids from 23 different bidders and ended up selling to a stud farm in the north of Germany for 110,000 euro.

The majority of foals sold to German clients. The second most expensive one was Sportsfreund (by Secret Game x Rock Forever), which sold for 38,000 euro. The same price was paid for Talotelli T (by Totillah x Desperados). Both were bought by the same person from Bavaria.

Americans bought Mein Bester (by Majestic Taonga x Sandro Bedo) for 8,000 euro and De Pavie (by Damaschino x Christ) for 6,000 euro, while Valentin (by Vaderland x Furstenball) had the highest bid of 7,250 euro from a Dutch buyer.

The top priced foal lifted the average price to 15,407 euro for a foal. The three riding pony foals cost 4,000 euro on average.