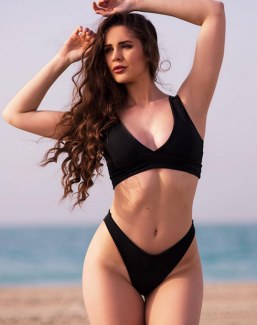 George Williams, one of the longest serving Presidents of the United States Dressage Federation and Nancy Williams, an attorney with a special interest in equine activities have joined the Dressage at Devon Board of Directors.

Dutch FEI rider Fieke Houwen and her husband Ruud van Ool are expecting their second child together, a girl. The couple is already parents to daughter Nomi. Fieke is over 20 weeks pregnant.

Australian 5* para judge Suzanne "Sue" Cunningham has just been granted an age extension from the FEI. At 70 years young, Sue is a Judge Educator for judges for Para, Young Horse and able body dressage. She is also a national A level judge and a Level 2 Coach and a 5* FEI PE judge. Sue currently runs the education program for NSW and has been a Director of Education for Malaysia for the last 15 years.

German professional dressage trainers Tanja and Lukas Fischer became the proud parents of their first child, a baby girl named Lina Marie. She was born on 13 April 2019 as was 50 centimeters tall at birth, weighing 3.220 kg.

For 14-year old Dutch pony rider Lara van Nek her dressage career is taking professional proportions. Daughter of breeder and stallion owner Willeke Bos, Van Nek has been competing five rides for the past 2.5 years in the international pony (Dream Dancer, Haasendonk's Sultan, Baumann's Despino, Brouwershaven's Nairobi) and Children division (Fariska). She has now added the 5-year old KWPN stallion Jappeloup (by All at Once x Lord Leatherdale) to her string. The stallion was previously trained by Vai Bruntink and will now be Van Nek's future junior riders' horse.

The 4-year old KWPN licensed stallion King de Niro (by De Niro x Ampere x Havidoff) has been sold to Italian junior rider Patricia Magni. Bred by Tineke Huizing, the colt sold as a foal to South Africa. He was successfully approved and completed his stallion performance test. He now sold to the Magni family and will stay in training at Coby van Baalen's yard in The Netherlands.

British Grand Prix rider Nikki Barker (née Crisp) has reasons to celebrated. Her retired GP mare Pasoa has giving birth to her first foal at age 22! Pasao (by Damocles x Hamilton) was bred to Nikki's current small tour stallion Durable (by Spielberg x Tango)) and the colt Danoa was born on 10 May 2019. "The biggest of thanks to wonder vet Jan Pynn from Newmarket Equine Hospital," said an ecstatic Barker. "She managed to get a 21-year old maiden in foal, first time, nursed a neurotic owner through nearly 12 months and here we are with a wonderful not so little colt!"

Roy Burek, Chairman of the British helmet company Charles Owen, has sadly passed away in his sleep, following a heart attack, at just 61 years of age. "Roy has dedicated his whole life to making riding safer. He always gave generously and kindly of his time, as well as his knowledge to everyone, so today (30 April) is a huge loss to so many," said Charlotte Dujardin who is Charles Owen's leading ambassador.

Horses.nl reported that the Dutch court in Zutphen has ruled in favour of Team Nijhof in a lawsuit about the ownership of the 4-year old licensed stallion Fontaine (by Finest x Samarant). The lawsuit went on for almost two years.

Portuguese Grand Prix rider Maria Caetano has relocated in Germany. She was based for half a year at Hof Kasselmann in Hagen, but due to her ever growing business and the number of horses to train, she needed more space. Caetano relocated to Irina Zakrabekhova's yard in Krefeld. "My sponsors wanted to send me more horses to ride and compete," Caetano told Eurodressage. "It was a great time (in Hagen)! I loved to be there and was very nice to make part of Kasselmann team."