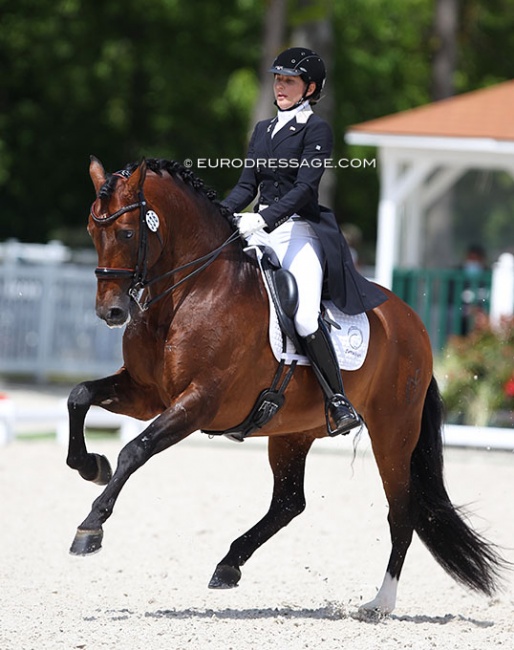 The German based Russian Grand Prix rider has been appointed the new Russian Youth Team Trainer.

The board of the Russian Equestrian Federation (FKSR) approved her candidacy and announced the news on its Instagram account on social media.

"For several years, youth dressage in Russia has been the most steadily developing equestrian discipline," the Russian equestrian federation stated. "Our riders annually represent the country at the European Championships in teams and in individual competitions in different age categories.

FKSR continued, "the Dressage Committee of the FKSR decided to expand the coaching staff of the youth team of the country and, on the recommendation of senior dressage coaches, Olga Soboleva and Alexandra Korelova, proposed Irina Zakhrabekova (née Vladimirovna) for approval by the Bureau of the FKSR a candidate for the position of the second coach of the youth dressage team.

"I am a national coach of (the) youth team, Zakhrabekova confirmed to Eurodressage. " I think that (Soboleva) will (be) involved in (the) training process. It’s many kids: pony, children, junior, young riders, Under 25; enough space for two. It's a lot of responsibility. I hope I can do my best."

Zakhrabekova, who is a squad listed Grand Prix rider and whose daughters Karina and Agneta are international children and junior riders that have represented Russia at the European Youth Championships, is based in Krefeld, Germany.

Russian and Belarusian athletes and horses are currently prohibited from participating in international competitions.

The FEI condemns the invasion of Ukraine by Russian military forces and the support provided by the government of Belarus. "We need to ensure the safety, integrity and fairness of FEI Competitions during these difficult times,” FEI President Ingmar De Vos said.

Equestrian competitions are continuing at full swing in Russia  at national level.