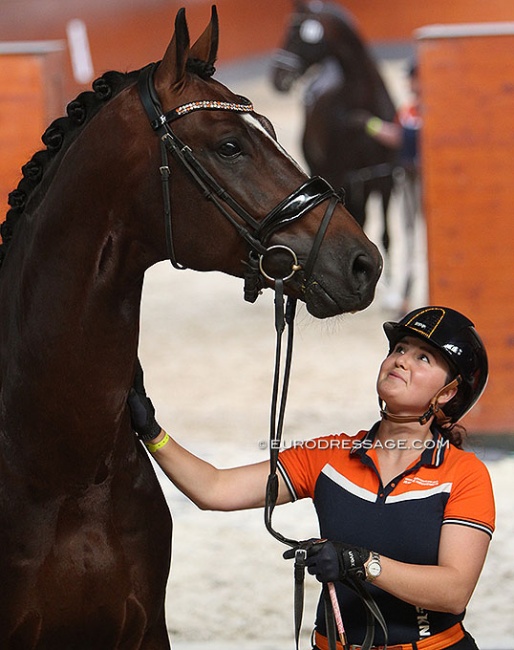 Former Dutch European Under 25 Champion Jeanine Nieuwenhuis has decided to start her own independent business, closer to her home in Zealand. She will leave her employer and trainer of six years, Tim Coomans.

The 26-year old Nieuwenhuis first rode with Stable Hexagon and began her international dressage career as a junior rider in 2012 on Baldacci.

After finishing high school, Nieuwenhuis began working as a professional rider for Coomans.

In 2017 she returned to the World YH Championships with Genua TC and Great Lady TC.

After six years riding for Coomans, Nieuwenhuis feels the time has come to stand on her own feet, but continues to maintain close connections with Coomans.

"Every two weeks I'll take lessons with him," said Nieuwenhuis, who is moving to stable Oud Campen in Kamperland, The Netherlands, closer to her home and parents. Nieuwenhuis also trains Dutch U25 rider Bo Oudhof.

Jeanine will officially start in the new barn, which is now building an addition of 10 boxes, on 1 January 2022.