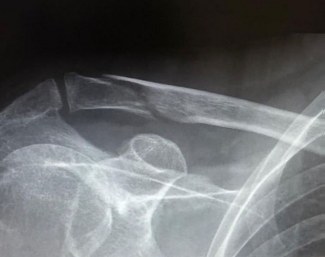 "Had a little accident. Broken my collar bone," Anky posted alongside an X-ray.

The rider went to the Gelderse Vallei hospital in Ede, The Netherlands, where the X-ray was taken and the diagnoses made. Because it's a clean fracture, she requires no surgery.

To the Dutch equestrian magazine De Hoefslag she added, "A horse and I fell. Fortunately they do not have to operate on me, but I will be out for four to six weeks."