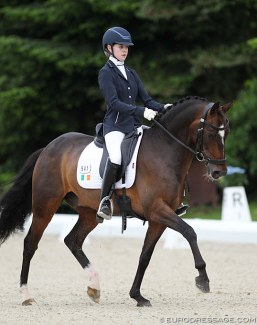 Horse Sport Ireland announced the Irish Dressage Athletes who will compete at the 2019 European Pony Championships which will take place at Strzegom in Poland from 15 - 18 August 2019.

Two Irish individuals have been selected for Strzegom:

“This year, as our Pony Dressage squad is in a transition period, I am taking two individuals to Strezegon. Both Martha and Sadhbh have performed well showing continuous improvement throughout the selection period both at home and in Europe. The HSI High Performance Youth Dressage Programme is developing and growing all the time, with many exciting talents emerging and I would like to thank all of the athletes, their parents and support teams for their continued hard work and dedication.”