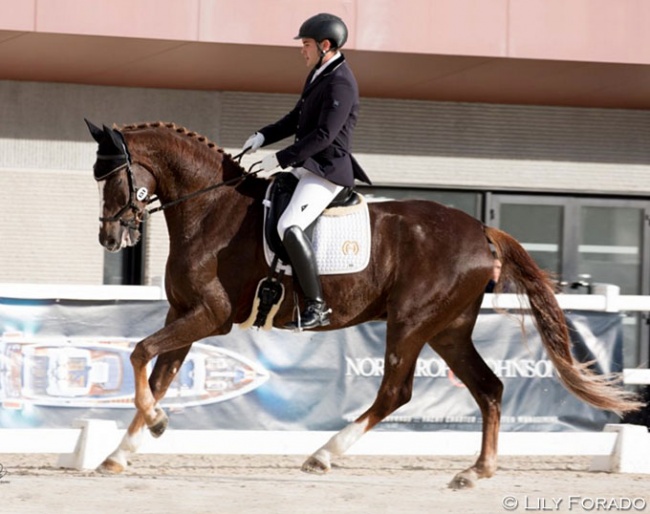 Owned by the Yeguada Javier Hernandez Ganaderia and previously trained and competed by Luis Soto Sánchez, a nephew of Rafael Soto, Rio Duero was picked up by Ferrer-Salat this week and transported to her yard, Villa Equus, near Barcelona, Spain.

Rio Duero is a 7-year old Westfalian by Romanov out of Sunshine (by Samarant x Foxiland xx), bred by Heinrich Langewellpott.

Soto Sanchez and Rio Duero have not yet competed internationally but on the Spanish dressage scene they made their mark by finishing eight at the 2018 Spanish Young Horse Championships in Segovia in the 6-year old division last year.

"It's very satisfying to have reached an agreement with Beatriz," said owner Javier Hernandez about the horse moving to Ferrer-Salat. "We have enjoyed and learned a lot from this horse and we will continue to do so, because in her hands it will surely bring great success."