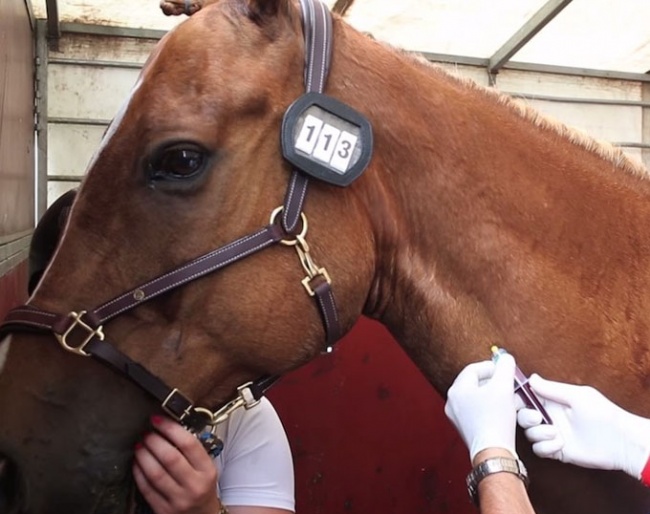 The FEI announced that there were no doping positives among the 163 horses tested at the FEI World Equestrian Games™ Tryon 2018. Samples taken from two Endurance horses have tested positive for Controlled Medication substances.

Controlled Medication substances are those that are regularly used to treat horses, but which must have been cleared from the horse’s system by the time of competition.

Human anti-doping testing was also carried out in Tryon, in conjunction with the US Anti-Doping Agency (USADA). There were no positives from 92 samples taken from athletes at the Games.

Controlled Medication positives at the FEI World Equestrian Games™ (WEG) or the Olympic and Paralympic Games are not eligible for the FEI administrative (fast-track) procedure, so these two cases will be heard by the FEI Tribunal. And, as these cases involve only a single Controlled Medication substance, there is no mandatory provisional suspension of the Person Responsible (PR).

Enhanced anti-doping measures were rolled out in advance of Tryon 2018 as part of the FEI’s Clean Sport campaign, with National Federations being offered two types of anti-doping testing so that they could ensure horses were clean: pre-arrival testing (PAT) and elective testing. PAT (available for both the FEI World Equestrian Games™ and the Olympic and Paralympic Games) detects prohibited substances, with no limit to the number of substances tested for. Elective testing is for Controlled Medications only and is limited to four substances.

“Clean sport is an absolute must for the FEI and we are very encouraged by the absence of any positives for Banned Substances and that all human tests came back negative from last month’s Games”, FEI Secretary General Sabrina Ibáñez said. “While of course we cannot overlook the two Controlled Medication positives, overall the outcome is evidence that the awareness campaign conducted prior to Tryon, the opportunity for our National Federations to test their horses before departure and, on the human anti-doping side, our excellent cooperation with the United States Anti-Doping Agency all had a positive impact.

“These two positives show that our testing programme works, but even though these are not doping substances, athletes should be aware that treatments from the Controlled Medications list must have been cleared from the horse’s system by the time of competition. It is clear that we need to work even harder to get the message across that clean sport and a level playing field are non-negotiable.”