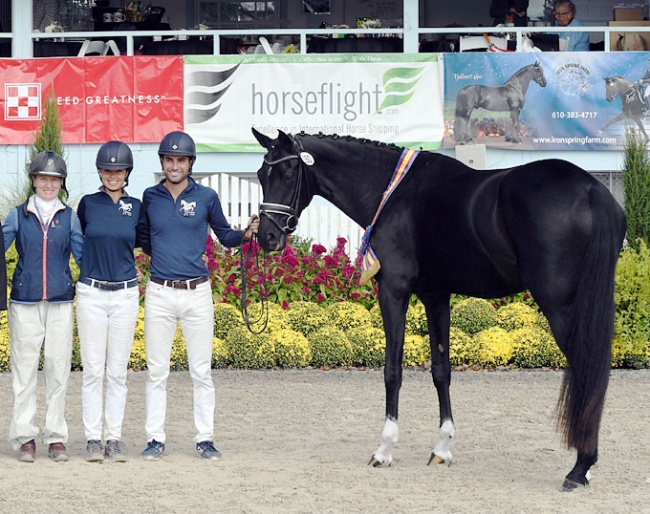 The grand finale of America's annual largest horse breed show in Devon, Pennsylvania, is the "Grand Champion" to which the first and second placed horse in the Young Horse and Mature Horse Championships are invited.

The judges panel preferred Summersby II and rewarded the black beauty with the title. She is bred by Nicole Wanning in Germany and owned by American Grand Prix rider Alice Tarjan. She was also the Young Horse Champion in Devon.