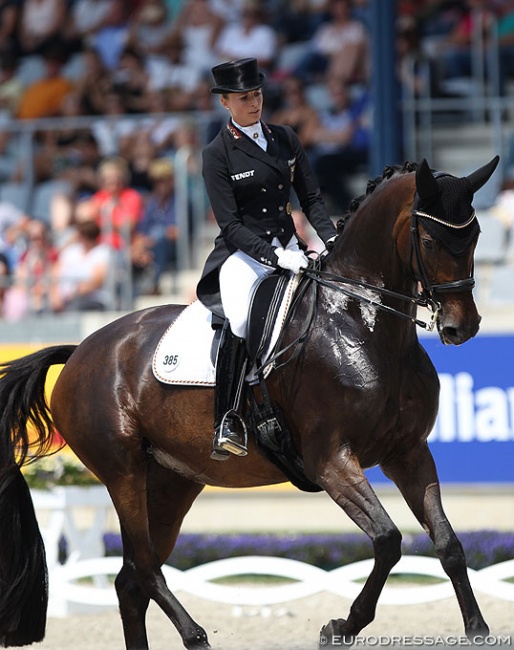 As last dressage nation in the world to announce its team, Germany has finally announced their riders for the 2018 World Equestrian Games in Tryon, NC, USA on 12 - 15 September 2018.

The team has been selected by the dressage selection committee of the German Olympic Equestrian Federation (DOKR), which is presided by Klaus Roeser.  Monica Theodorescu serves as team trainer, assisted by Jonny Hilberath.

The German team for Tryon has quite a few surpises:

Germany has selected a very strong team, but one that leaves itself a fraction more exposed for Team U.S.A, that will certainly give them a run for the money.

Surprisingly, Bella Rose has been chosen over the consistently higher scoring Weihegold. Furthermore Helen Langehanenberg, who has been scoring higher than Schneider and Von Bredow, has only been selected as reserve rider.