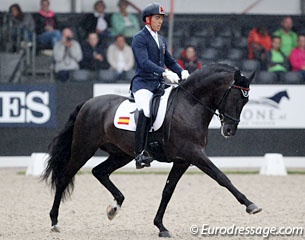 ANCCE, the official association for the purebred PRE horse, has announced that as of 2018 only Spanish PRE/CDE registered horses will be selected to represent Spain at future World Championships for Young Dressage Horses.

In 2017 the Spanish Equestrian Federation (RFHE) had to deal with much controversy about the selection of their young horses for the World Championships in Ermelo. Foreign based horses were unable to qualify for the team unless they made the actual journey to Spain for a qualifier there. Furthermore, the judging at one qualifier became highly disputed with accusations of biased judging taking place there.

RFHE has now sat together with ANNCE and decided that as of 2018 only horses registered as PRE or CDE (Spanish Sport Horse) will be eligible for team selection for the World Championships.

The exact qualification criteria for 2018 will be announced at a later date.