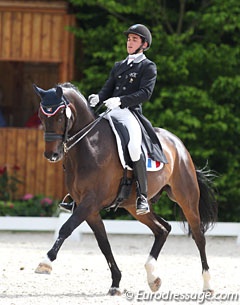 The French equestrian federation and team captain Muriel Leonardi have announced their selection of riders that will represent France at the 2017 European Championships for Children, Junior and Young Riders to be held in Roosendaal, The Netherlands, on 9 - 13 August 2017.

The team selection was done by Leonardi in agreement with the technical dressage staff of the French federation.

The reserve rider is Robin Teyssier on Donata

The reserve rider is Manon Ameye on Bello

No Young Riders, neither an individual, nor a team, have been selected