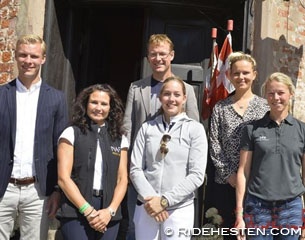 After the first two rounds of the 2017 Danish Dressage Championships, team trainer Nathalie zu Sayn-Wittgenstein announced her pick for the team that will represent Denmark in the 2017 CDIO Aachen Nations' Cup.

The 2017 CDIO Aachen is the second Danish team observation and selection event leading up to the 2017 European Championships in Gothenburg on 22 - 26 August 2017.

Denmark's strongest riders of the moment are selected for the CDIO leg. Other team candidates will compete in the CDI-leg in Aachen.

The Danish team for the CDIO Nations Cup includes:

Selected for the CDI leg

Rikke Svane and Finckenstein are on the stand-by list for the 4* tour in Aachen.