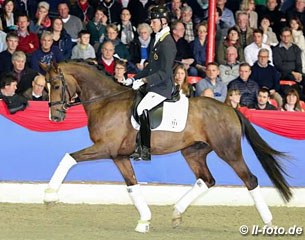 German Grand Prix rider Beatrice Buchwald has received the ride on HC Stables' licensed Oldenburg stallions Bonds and Veneno. Buchwald will be preparing the stallions for Bundeschampionate qualification and the performance testing at her base, Gut Kostenschlag in Dinslaken, Germany.

"Veneno must do his qualification for the Bundeschampionat to be able to get its lifetime approval, because he was injured last year and could not compete," the stallions' owner Anemone Samyn told Eurodressage exclusively. "Bonds needs to do his performance test (sport test part 1) and will do the sport test part 1 30-day testing in Munster in February."

Bonds (by Benicio x Sir Donnerhall) was the 2015 Oldenburg Licensing Champion, while Veneno (by Vitalis x Diamond Hit) got licensed in Oldenburg in 2014.

Samyn confirmed that Buchwald is highly enthusiastic about adding the two young stars to her string of horses.  "Beatrice came to try the stallions and it worked perfect directly. She is a great rider and to us one of the best rising dressage "super stars," Samyn explained. 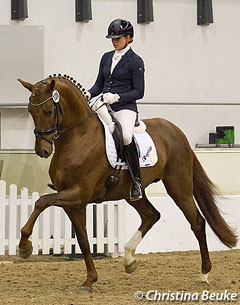 After parting ways with rider Anna Sophie Fiebelkorn in April 2016, Samyn briefly had her stallions with Andreas Helgstrand in Denmark but ended up missing her horse stock close to her. She brought all the horses back to Belgium and worked on a new strategy to have them professionally trained, stood at stud as well as close to home.   Beatrice is based at her sponsor Manfred Hödl's yard Gut Kostenschlag, which is less than a three-hour drive from Samyn's yard south of Brussels.

"It was also really important to us that the stallions are with such a professional, but still care-focused team," Samyn added. 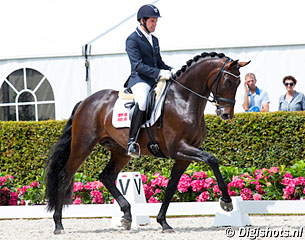 "Furst William will stay with me. We have a special "click" together and I will do my best to educate, compete him and bring him to the top," said Anemone. The Hanoverian breeding stallion Dow Jones HC (by Don Frederic x Fidertanz)  is no longer at HC Stables as he struggled with his fertility.