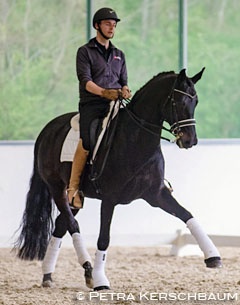 The Austrian Equestrian federation has announced the horse-and-rider combinations which will represent Austria at the 2016 World Championships for Young Dressage Horses in Ermelo, The Netherlands, on 29 - 31 July 2016.

The Austrian federation used the help of German young horse expert Dr. Ulf Möller to assist them in the selection process at training and observation trials this spring in Austria.

The selected Austrian owned horses are: