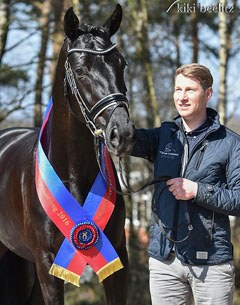 Zodiakus was named champion of the 2016 Oldenburg Saddle Licensing in Vechta, Germany, on 30 March - 1 April 2016. Seven stallions were approved and three named premium. For the second year in a row, the licensing champion was trained and presented by David William Taylor.

Only ten of fifteen entered stallions were presented for licensing. Seven stallions received a positive verdict from the Oldenburg stallion licensing committee after having been presented on hard surface in hand as well as under saddle. They will now move on to the 14-day stallion performance testing. 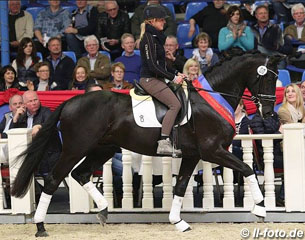 “Saddle licensing is all about the potential under the saddle. This year’s stallion champion once again had the highest notes in rideability by both test riders," said Dr. Wolfgang Schulze-Schleppinghoff, breeding director at the Oldenburg center.

At the auction, Zodiakus became the price highlight amongst the licensed colts and ended up selling for 200,000 euro to a Swiss investor. He will go trained by reigning Bundeschampion Anna-Sophie Fiebelkorn,
who couldn’t resist making a victory lap in the arena herself. 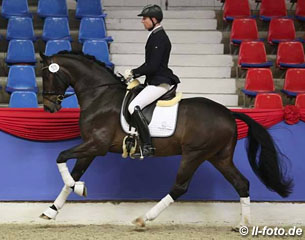 The other approved stallions are:

Later on in the action, Taylor had another reason to be pleased. The second stallion he presented, Don Finito, sold for 92,000 euro and will remain in Germany. The reseve champion Supremont sold for 110,000 euro to a buyer from Rhineland.  Fidelito moves to Sweden for 27,000 euro.