Van Olst Sales on Repeat with Top Collection for 2016 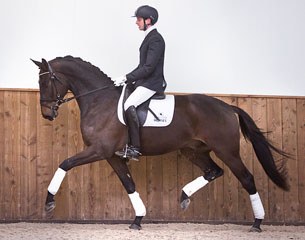 The 2016 Van Olst Sales offers a collection of 30 stricly selected young, talented, mainly 3-year olds which have recently been saddle broken. These blooming youngsters are still in full development and improving each day with more training and under saddle experience. The collection also boasts several young licensed breeding stallions as well as few 4 to 6 year old trained young dressage horses.

All horses in the collection are either home bred or reared at Van Olst Horses in Den Hout, The Netherlands. They do a strict quality control and make a selection based on potential, health and character.

The  Van Olst Sales' collection includes horses aged 3 to 6 with the majority being green 3-year olds who have just started their career under saddle.

Highlights in the collection include

Iglesias D is a modern, tall dressage horse. This drop dead gorgeous 3-year old gelding is very well bred by Chippendale out of Duchess (by Don Romantic x Painter's Row xx) and had an expression of "high class". He is a dream to ride and requires a rider with feeling. He has three super basic gaits and all the qualities for an exciting future. He's a real show stopper. Invito is an absolute star for the future. As a foal he was already an eye-catcher and has remained like that. This 3-year old gelding is very uncomplicated ride but would make a perfect match with a rider with ambition. This horse has all the quality and potential to make it to the top!

The 4-year old KWPN bred Netzo is a licensed breeding stallion with the NRPS studbook. This beautiful black stallion is particularly charming, has much expression under saddle and has inherited the top qualities of his sire Negro (sire of Olympic champion Valegro). Netzo gives an amazing feeling under saddle and has the best temperament. He's a true recommendation for a rider who wants a horse with a big future but which comes in a slightly smaller package. Netzo is very interestingly bred out of the performance dam line of Grand Prix mare Reine B (Lotje Schoots). Netzo still has to do his NRPS stallion performance test. 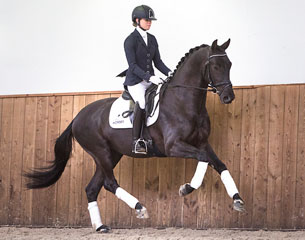 View the complete collection at: www.vanolsthorses.com/veilingpaarden2016-2