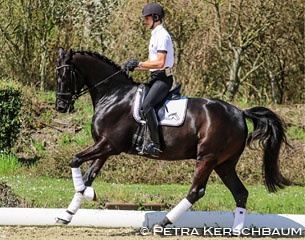 The Austrian Equestrian federation is the first association to announce officially the horses which will represent Austria at the 2015 World Championships for Young Dressage Horses in Verden, Germany, on 5 - 9 August 2015. Besides a team of four horses for the traditional classes, Austria will also be fielding two 7-year olds for the CDI 1* class.

Two selection trials were held at Gutenhof in April and June. They consisted of two-day training, observation and selection sessions with Dr. Ulf Moller. The last session was on 9 and 10 June 2015.

The Austrian federation is only allowed to send two horses for age division, like the majority of countries who do not have a big breed society of their own.

The Austrian horses travelling to Verden are: