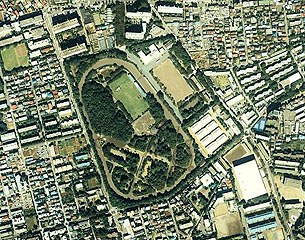 The International Olympic Committee (IOC) Executive Board on Friday 27 February 2015 stamped its approval on a change of venue for the Tokyo 2020 equestrian events.

The Tokyo 2020 Organising Committee presented the change to the IOC Executive Board at its meeting in Rio (BRA) as part of the Tokyo 2020 venue master plan following the FEI’s approval of the switch last month.

Under the Organising Committee’s original plans, the main equestrian venue was at Dream Island on Tokyo Bay. The switch to Baji Koen puts equestrian sport right back in the centre of the Olympic cluster and the use of an existing facility is also in line with the Olympic Agenda 2020 recommendations on both costs and sustainability.

In Tokyo’s original bid, 33 per cent of the venues were using pre-existing facilities, but the changes announced yesterday have increased that to 50 percent, less than three months after the Agenda 2020 recommendations were unanimously approved by the IOC in Monaco last December.

According to the IOC, the combined savings resulting from venue changes to equestrian, basketball and canoe slalom will slash USD 1 billion from the Tokyo 2020 Organising Committee’s construction budget.

“The FEI has been working very closely with the Tokyo 2020 Organising Committee, visiting all venues and carefully considering all options, and we are very impressed with both the Baji Koen and Sea Forest sites,” FEI Director Games & Championships Tim Hadaway said.

“We were more than happy to agree to a venue change that helps Tokyo stay in line with the Olympic Agenda 2020 recommendations”, FEI President Ingmar De Vos said, “and especially as Baji Koen is a beautiful public park that will make a spectacular venue for the 2020 Olympic equestrian events and keeps our sport right at the heart of the Games.

“We celebrated 100 years in the Olympic movement in London 2012 and with Tokyo 2020 in our sights, our focus is firmly on providing a strong legacy for equestrian sport in Japan. We are looking forward to putting the spotlight on our sport in Tokyo.”