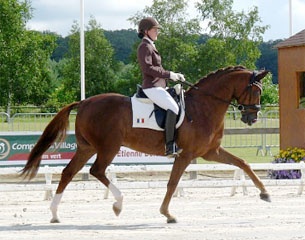 The French equestrian federation (FFE) has announced the combinations which have qualified to represent France at the 2012 World Championships for Young Dressage Horses to be held in Verden, Germany, on 1 - 5 August 2012. The FFE nominated four pairs following a last selection opportunity at the CDI Vierzon two weeks ago.

The French combinations are: