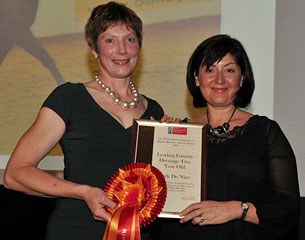 Breeders of British top performance horses of 2011 converged in London on Saturday 7 January 2012 for the annual Breeders Dinner and Awards Ceremony, organised by the British Horse Foundation at the Grange City Hotel.

There has been much to celebrate for British Breeding in 2011 and the Awards dinner gives the breeders of these world class horses some very special recognition.

Guests arrived at the Competition Stallions-sponsored drinks reception before moving on to a three course dinner followed by the hugely entertaining after dinner speaker, former jockey Luke Harvey. The evening then moved on to the much anticipated Awards ceremony.

Awards recipients ranged from breeders of best of the youngsters in the 2011 Futurity and on to the best British bred young horses in the three main disciplines. The breeders of stallions and mares whose progeny have had great success were also recognised. 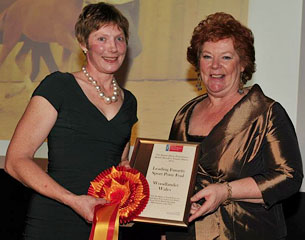 This packed and entertaining evening also recognises the achievements of former racehorses in the UK. South Essex Insurance Brokers and Retraining of Racehorses once again sponsored the valuable Elite Performance Awards at the dinner for the best former racehorses now competing in showing, dressage, eventing, showjumping and endurance.