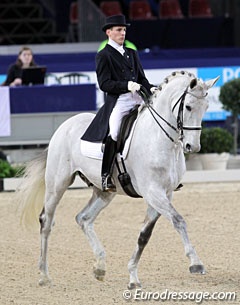 The French Equestrian Federation and head selector Alain Francqueville have announced the combinations which will constitute the French team at the 2011 European Dressage Championships in Rotterdam, The Netherlands, on 17 - 21 August 2011.

Based on the scores achieved this season, the following team was nominated: