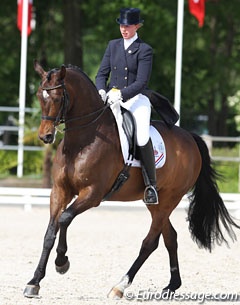 Dutch junior and young riders' chef d'equipe Tineke Bartels announced today the riders that will represent The Netherlands at the 2011 European Junior and Young Riders Championships held at Broholm Castle in Gudme, Denmark, on 20 - 25 July 2011.

"Last year we booked wonderful successes with our youth teams," said Bartels. "A lot of team members moved on because they reached the age limit. This year we have a lot of new, talented combinations in the pony and junior riders division. The last observation trial gave me something to think about, but I have a lot of confidence in the teams I have picked."