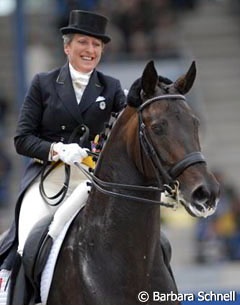 The 2012 European Junior and Young Riders Championships for dressage will be held at the national equestrian centre in Berne, Switzerland. Eighteen years after the last Berne based European JR/YR Championships the event returns to this wonderful location

The international equestrian federation (FEI) decided to allocate the event to Berne on 7 May 2011.

Ikle's Dressage Academy aims at teaching (young) riders the principles of classica dressage. Initially it organized seminars and clinics with trainers such as Heidi Bemelmans to promote dressage with pony riders. Hosting the European Junior/Young Riders Championships is a logical result.

Ikle will be assisted by show manager and judge Gotthilf Riexinger, who has years of experience in running the best international indoor competition, the CSI/CDI Stuttgart.