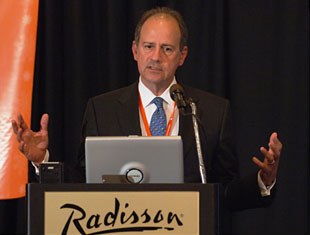 The newly voted Progressive List has become a political game between national federations and the FEI since it was voted at the General Assembly in Copenhagen mid November 2009.

Especially the United States Equestrian Federation is acting like a cornered animal because the FEI Progressive list is still a toned down version from the controlled medication levels USEF allows at its national shows. USEF permits double the allowed threshold level as well as cocktails of different painkillers and anti-inflammatories.

As American vet Tim Ober is member of the List Advisory Group and is now being adressed as List Group spokesman by NF's, which are against the list, USEF has proclaimed an omerta and is forcing its vets involved not to speak out in their official position at USEF nor at the FEI.

Instead, USEF and Ober released independent statements which clarify their position pro the Progressive List. A major problem has arisen for American equestrianism now that several national federations have threatened to boycot the 2010 World Equestrian Games if the FEI does not recall the List.

The USEF is supportive of the rule change allowing certain non-steroidal medications included on the “Progressive List” passed at the FEI General Assembly in Copenhagen earlier this month. The list includes medications that would be allowed in FEI competitions and which are already permitted in USEF competitions.

These medications are not considered by WADA to be performance enhancing in human athletes and because of this distinction, they are not prohibited. While it is the human athlete that is solely responsible in making the decision to use these non-performance enhancing medications, it is the responsibility of the FEI to protect and ensure the welfare of our equine partners. By placing restrictions on the use of the NSAIDs to include low level administrations and continuing a rigorous program of veterinary examinations and inspections, the FEI is providing for equine welfare while still prohibiting the non-judicious use of these and other medications consistent with the Clean Sport initiative.

While fully supportive of this change the USEF believes that the implementation of the rule on January 1, 2010 may be problematic.

The addition of certain NASIDs to the permitted medication list will be new to many NFs and an education and communication plan needs to be implemented before the rule takes effect. FEI laboratories need to adopt standard identical protocols for testing so as to assure a level playing field for all athletes throughout the world.

The USEF believe the passage of the “Progressive List” is a step forward in a commitment to horse welfare. The General Assembly of the FEI has made its decision but, we strongly encourage the FEI to delay implementation until such time that the laboratory procedures are in place and a communication and education plan has been launched.

As a treating veterinarian working with jumping and dressage horses, it is my job to ensure that a horse stays healthy and sound through multiple competitions and over the course of time. I have had the opportunity to work under a rather permissive American system, as well as an excessively restrictive FEI system during the last ten years. By permitting low levels of a single anti-inflammatory medication, under a strictly supervised control of limited administration, the new policy of the FEI gets it right. Horses will have access to help with the aches and pains of competition, without the addition of treatment that influences the principle of fair play.

WADA allows unrestricted use of the same kind of anti-inflammatory medication in human sport because these medications are not performance enhancing. There is no reason to think differently about anti-inflammatory use in horses, especially at low doses administered at least twelve hours from competition, and under veterinary supervision. This is an opportunity to improve the level of care of the sport horse.