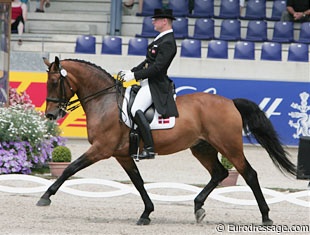 Danish team trainer Rudolf Zeilinger and the Danish Equestrian Federation announced the the Olympic team that will represent Denmark at the 2008 Olympic Games in Hong Kong.

Based on the riders' results at Danish Olympic selection trial this 2008 show season, Zeilinger was able to decide on the team.

"Anders is a good athlete and he totally understands my decision," Rudolf Zeilinger said. "The team produced good results here in Aachen and we'll take Don Schufro to Hong Kong as he can give us extra points."