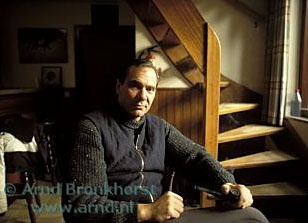 On Sunday after the CDIO Aachen, it was whispered that the Dutch team would definitely be constituted by Anky van Grunsven, Edward Gal, Marlies van Baalen and Sven Rothenberger.

Today at the national sport centre Papendal in Arnheim, The Netherlands, Dutch Chef d'Equipe Bert Rutten did announce the already predicted team as the 2004 Dutch Olympic Dressage Team. Anky van Grunsven on Salinero, Edward Gal on Lingh, Sven Rothenberger on Barclay II and Marlies van Baalen on Idocus will be travelling to Athens to represent The Netherlands. Reserve ride is Imke Schellekens on Lancet.

A big dispute took place prior to the announcement of the team about the case Antoinette Falandt and Jarwo. The pair had to withdraw from competing at Aachen due to an injury, but the Dutch team vet Van Schie also proclaimed Jarwo unfit for the Games. Falandt's own vet disputed this and said the horse would be in shape for the Games. Rutten decided to take the team vet's opinion into consideration and scratched Falandt from the Olympic Short List.