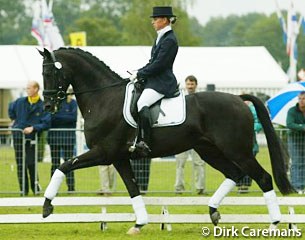 The Dutch Equestrian Federation and KWPN society have announced their entries for the 2004 World Championships for Young Dressage Horses in Verden, Germany, July 9-11, 2004. The selected horses are:

Remarkably absent from the Dutch selection list is Reserve World Champion Hilltop Rousseau. The bay licensed stalion by Ferro x Roemer is injured. "We're keeping a close eye on how he develops and improves again," the KWPN office reported, "but now it looks like he won't participate in Verden."