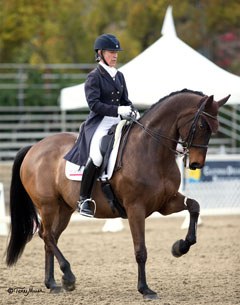 The United States Equestrian Federation has announced the team that will represent the U.S.A at the third leg of the 2017 FEI Nations Cup show circuit in Uggerhalne, Denmark, on 1 - 5 June 2017.

America is fielding a full team of riders to the 2017 Equitour Aalborg, a new international show jumping and dressage competition hosted by Andreas Helgstrand and Jens Trabjerg.

The American team will include: