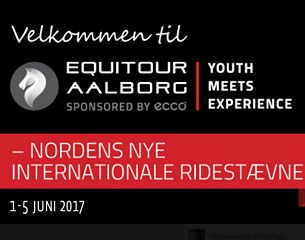 The 2017 CDIO Uggerhalne, the Danish station of the 2017 FEI Nations Cup dressage series, is part of a five-day dressage and show jumping extravaganza hosted by Andreas Helgstrand and Jens Trabjerg. Branded the "Equitour Aalborg", this huge competition is scheduled to take place 1 - 5 June 2017. The organizers' duo has set as goal to make Equitour Aalborg one of the most attractive stations of the FEI Nations Cup series for both riders and spectators.

The organizers behind the new international horse show in Denmark, Equitour Aalborg, want to create an event for the whole family with top sport, entertainment for the kids and a large concert with some of Denmark's most popular artists.

Equitour Aalborg is held for the first time on June 1st- 5th 2017, and will be five days of dressage and jumping at the highest level - hopefully with some of the top combinations in both disciplines. For the first time in Denmark, Equitour Aalborg is the host of a CDIO 4* qualifier in dressage, and even though the horse show is 2. division qualifier in jumping a lot of 1. division teams has entered  like Germany, the Netherlands, Sweden and Great Britain.

“We are aiming at making the best outdoor horse show ever in Denmark," said organizer Andreas Helgstrand, who at the moment is working on getting everything in place at Helgstrand Academy before 1 June.

“We really hope, people will give it a chance and come by and see the venue. We are doing everything, we can, to make this a fantastic event for the whole family with tivoli, auction and concert. We want everybody to have that feeling of festival, fun and sport, and hope to be able to create just that”. 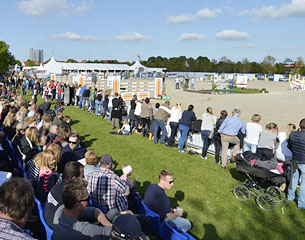 Alongside the sport programme, different activity areas will be hosted on the showground for the families attending. These areas will include a children’s fairground, a food market, a great exhibition area and a concert space. During the whole Equitour Aalborg competition, spectators have the opportunity to live at the venue at the camping ground, so they can friends and family for a mini-vacation.

Equitour Aalborg is inspired by the international horse show “Horses and Dreams”, which takes place every year at Hof Kasselmann in Hagen, Germany.

“They have created a fantastic cozy and familiar atmosphere, which we hope to be able to bring to our event as well. The venue is small with short distances to everything, we have dressage and jumping, something for the kids - especially our big “Kids festival” on the 3rd, so our intentions are, that you get a feeling of being at someones home loaded with the danish ‘hygge’," said Andreas Helgstrand.

"It is going to be a huge folk festival for the whole family with lots of atmosphere and visitors, that will help guarantee a world-class tournament, both for equestrian sport, but also when it comes to the surroundings," said Trabjerg. 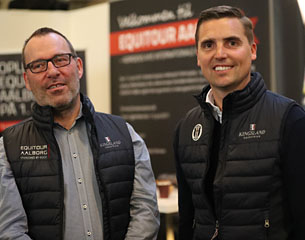 The dressage leg of the 2017 CDIO Uggerhalne includes international classes for pony, junior, young and Under 25 riders as well as a 3* CDI small and big tour and 4* CDIO Grand Prix Tour. The youth divisions will incorporate a CDIO and CDI leg as the competition will be spread out over two rings.

‘Youth meets experience’ is the motto for the event and a part of the strategy behind Equitour Aalborg, says organizer Jens Trabjerg.

“It’s important for us to create a horse show, where the up-and-coming pony-, junior- and young rider combinations get a chance to test themselves at a large venue like this and give them experience for the future. It gives them a chance to ride on a team, which is one of the key elements at the international championships. The pressure is completely different, when you ride for points for the team and not just your own fame and glory”.

The FEI has now approved dressage schedule for Equitour Aalborg, which can be viewed here.