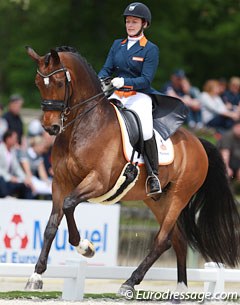 Dutch team trainer Rien van der Schaft has announced the team that will represent The Netherlands at the third leg of the 2017 FEI Nations Cup series held during the Equitour Aalborg in Uggerhalne, Denmark, on 1 - 5 June 2017.

Uggerhalne will be the third leg of the 2017 series, which kicked off in Wellington, Florida, in March. The second installment will take place at the CDIO Compiègne in France on 18 - 21 May 2017.

The Dutch team for the CDIO Uggerhalne will include: