Weihegold to be Retired at 2022 World Cup Finals in Leipzig 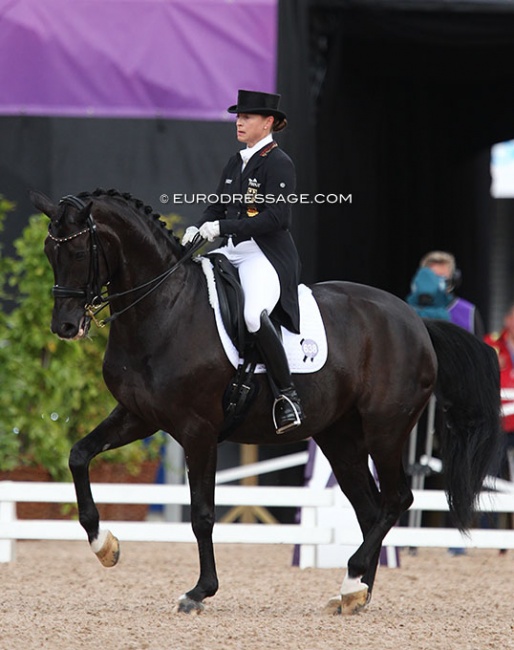 Isabell Werth's Weihegold will be officially retired from sport at the 2022 World Cup Finals in Leipzig (GER) on 7 - 9 April 2022.

The 17-year old Weihegold (by Don Schufro x Sandro Hit) is bred by Inge Bastian and owned by Christine Arns-Krogman.

The mare's retirement was in fact planned for the CDI Frankfurt in December 2021, but due to the cancellation of the show and the horse winning the qualifier in Lyon in October, the door was opened to the 2022 World Cup Finals.

Werth has now officially confirmed to Dressursport Deutschland that she is aiming to ride Weihegold in Leipzig. As she was the winner of the 2019 World Cup Finals and therefore the title defender, she needs to ride the horse of her choice in two qualifiers in order to be eligible to compete in the 2022 Finals. In 2020 and 2021 the World Cup Finals were cancelled because of Covid.

Weihegold is officially entered on the Master List for the 2021 CDI-W Neumunster in two weeks alongside Emilio and Quantaz, but Isabell plans to ride Quantaz there. She will start Weihegold in 's Hertogenbosch a second time if the FEI requires it.

Weihegold made her break through under Werth's assistant trainer Beatrice Buchwald (now Hoffrogge) in 2013, when they won the Nurnberger Burgpokal Finals and a year later the Louisdor Cup Finals.

In January 2016 Isabell Werth secured the ride on Weihegold by having her sponsor Madeleine Winter-Schulze and the Klaus Rheinberger Foundation sign a contract for the sport rights until the Rio Olympics. Werth took over the ride, which prompted Buchwald to leave Rheinberg and go independent.

Werth and Weihegold won team gold and individual silver at the 2016 Olympic Games in Rio and team and double individual gold at the 2017 European Dressage Championships in Gothenburg. They won the World Cup Finals three years in a row in 2017, 2018 and 2019. At the  2021 European Championships in Hagen, they got team gold, GP Special silver and were fourth in the Kur.

Owner Christine Arns-Krogman will retrieve Weihegold after Leipzig and add her to her mare band back home.

Arns-Krogman runs a big breeding operation and has flushed numerous embryos out of Weihegold during the mare's sport career.