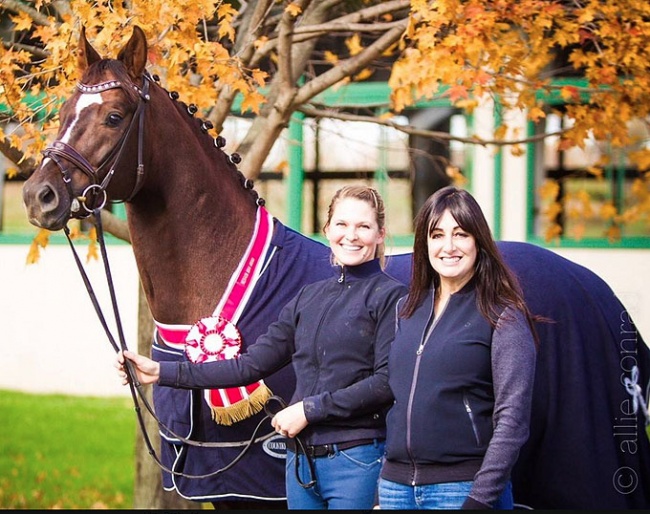 The 4-year old Sole Mio became the overall high scorer at the 2018 North American Stallion Sport Test which was took place at two stations; on the east coast in Maryland and on the west coast in California, at the beginning of November.

The Rhinelander bred Sole Mio (by Stanford x Donnerschwee) became the overall high scorer, finishing the test with an 8.6 total. The stallion got 9 for trot, 8 for canter and walk and 9 for rideability and general impression.  Sole Mio was ridden by Emily Juchser Miles and is owned by Leslie Waterman. He is bred by Germany by WG Wencek.

The second best scoring dressage stallion was the Hanoverian bred  Daily Show (by Danciano x Stockholm) who got 8.5 with 8 for walk and trot, 8.5 for canter, and 9 for rideability and general impression.

The best scoring jumper stallion was Jethro Tull (by I'm Special de Muze x Voltaire) who finished on 8.23 points. He got 8.5 for walk and trot and 8 for canter, rideability and general impression.

Two colts failed the testing as they did not score an overall of 7.5: Joyride (by Worthy Opponent x Ferro) got 6.5, and Furst Romantic (by For Romance x Sir Donnerhall I) got 6.65.