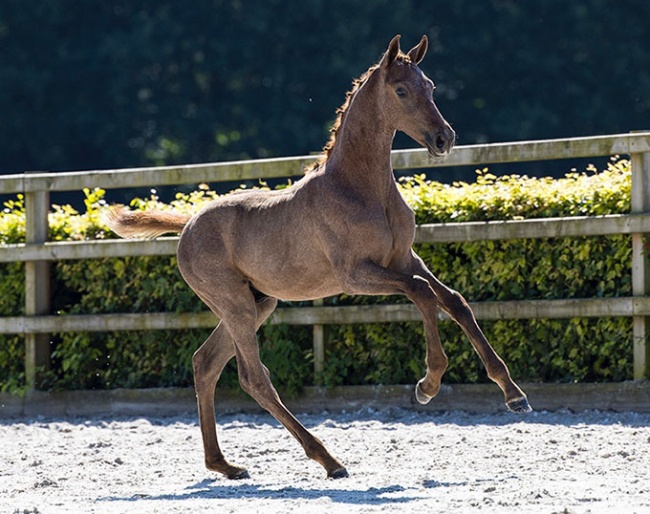 The chestnut colt  Sir Mowgli SVN van 't Studutch  became the price highlight of the 2022 Prinsjesdag Foal Auction, of which the online bidding concluded on 20 September 2022.

A huge collection of 76 dressage and jumping bred foals was offered for sale and they achieved an average price os 13,756 euro for the dressage foals and 13,128 euro for the jumping foals.

The second most expensive foal was Supérieur, a dressage colt by Vainqueur x Sorento, who fetched 44,000 euro and sold to an international stallion keeper.

“The auction got off to a slow start, but after the break the international buyers were able to appreciate the fantastic foals well," said Prinsjesdag foal auction chair Arjan van der Waaij. "The auction was well attended by an international buyers audience, both physically and online. A hybrid auction remains an attractive way to market foals.”