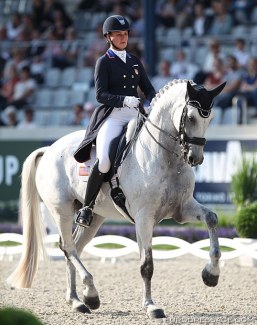 The U.S. qualifiying period starts 9 September 2019 till 26 April 2020, after which a short list is announced.  The short listed pairs are then required to prove form in observation events. The definitive team will be chosen before 16 June 2020.

Candidates for team selection are required to complete three Grand Prix Specials in combinations with the Grand Prix, and one Grand Prix Freestyle.

This means they need to ride in a minimum of four competitions, unless it's decided that the 2020 CDIO Wellington will be in a format that allows riders to ride in three tests except two, and then they can do it in three shows.

USEF will draw up a ranking based on the results achieved in the Grand Prix Special only in this qualifying period.

One mandatory outing for the top 10 combinations on the USEF Grand Prix ranking is scheduled in February, most likely the CDI 5* held on 19 - 23 February 2020.