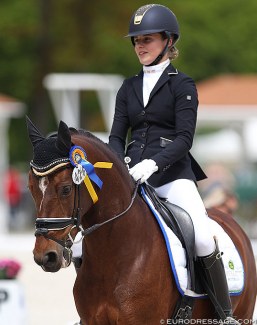 The Dutch Equestrian Federation has announced the team that will represent The Netherlands at the 2019 European Pony Championships in Strzegom, Poland, on 13 - 18 August 2019.

In her debut year as Dutch pony team trainer, Imke Schellekens-Bartels has picked a team of four after the final team observation trial completed at the CDI Exloo on 30 June 2019.

At the 2018 European Pony Championships in Bishop Burton, Holland won team bronze but no individual medals. Holland's last individual medal was won by Lisanne Zoutendijk on Champ of Class at the 2014 Europeans in Millstreet, Ireland, where she scored silver and bronze.