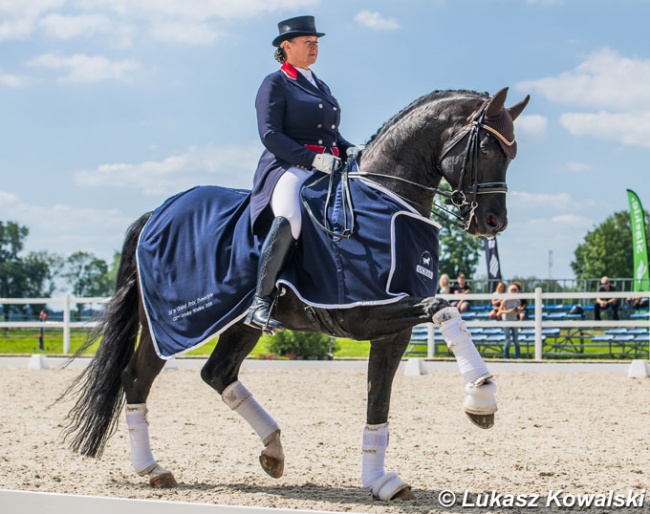 Russians Regina Isachkina and Stanislav Cherednichenko have qualified for the 2019 World Cup Finals in Gothenburg, Sweden, on 3 - 7 April 2019.

The twosome were the highest ranked riders in the Central European League, which came to a conclusion at the CDI-W Zhashkiv in Ukraine on 10 March 2019.

The Central European League included no less than 13 qualifiers spread out mainly over Russia, Ukraine, Poland, Hungary, and Estonia. Not only the big travel distances make it necessary for the circuit to have so many qualifiers; but also ever existing political tension between Russia and Ukraine prevent riders from those nations to participate in each other's countries.

The two highest ranked riders of the Central European League that are now eligible to go to Gothenburg both come from Russia: the 48-year old Regina Isaschkina on her own 10-year old Rhinelander stallion Sun of May Life (by San Amour x Rubioso N) and 28-year old Stanislav Cherednichenko on Inessa Merkulova's 10-year old Latvian warmblood Arums (by Aromat x Amulets).

The Western European League comes to a conclusion this weekend at the CDI-W 's Hertogenbosch in the Netherlands.