Brexit Implications on Horse Transport, Also in No Deal Scenario 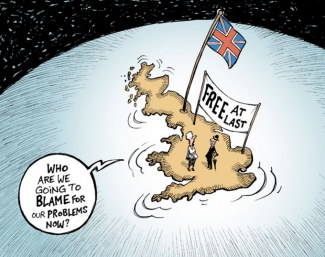 The British government has issued guidance on the movement of horses in the event Britain does not finalise a withdrawal agreement with European Union (EU) negotiators by 29 March 2019. With just weeks to go until the 29 March deadline, the British Parliament has yet to approve the terms of withdrawal negotiated with the EU.

In the event that Britain leaves the EU without a deal, the travel requirements for horses after 29 March will depend on: whether the EU lists Britain as a ‘third country’ (i.e. countries and regions outside the European Union), and the health status category in which the EU places Britain.

The British government is continuing to negotiate with the European Commission on securing listed status for Britain, which would enable the continued movement of horses to EU member states.

However, in case of a ‘no deal’, horse owners need to be aware that horses travelling from the EU to Britain:

Currently we have been informed that there will not be any changes to import regulations for FEI horses travelling from the EU into Britain, but updates will be provided.

The guidance is designed to give horse owners as much time to prepare for these new processes and factor in any extra travel time they may require when travelling to and from the EU.

The guidance issued by the British government can be found here.

British-based horse owners and those planning to transport FEI registered horses to Britain to compete at FEI events are encouraged to refer to this site frequently for updates on the situation.